Stress-free Surfing in the Classroom with this Awesome App! 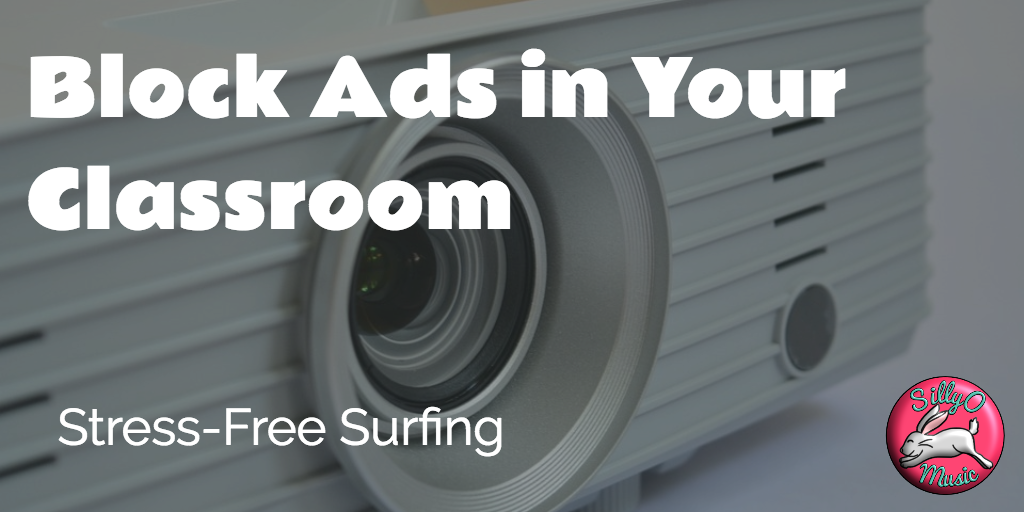 So a friend of mine was trying to show me a funny video of a man arguing with a dog on YouTube, but of course a video ad pops up before we can view the content.  That’s when he says, “What? You don’t have AdBlock? Have you been living under a rock?”  Well, I hadn’t heard of AdBlock or Adblock Plus (which is what I ended up downloading), but I wasn’t too offended because this friend was also 10 years younger than me, and every time I use technology in front of him, I can feel the breadth of our generation gap.   Kind of like how I feel when my dad asks me to to sign-up for things online on his behalf, because he still doesn’t use email.

ANYWAYS, I install Ad-block Plus and BOOM all the video ads are gone.  Not only on YouTube but everywhere!  It even blocks the annoying ads at the top of my Gmail account that look like emails but are advertisements, and the little banners that show up at the bottom of YouTube videos.
If your school computer allows you to download this app, I would do it, just to avoid any sketchy situations.  I know sometimes I’ll leave a video of an orchestra playing and then it’s interrupted by an ad for a new movie that has me running to the computer.
I don’t recommend using it on all computers, because these ads fund sites which allows them to remain free.  However, as educators, our jobs and reputations are on the line whenever a ad that we cannot screen beforehand pops up in front of our students. Not all ads will be blocked, but a majority of them will, especially video ads.  Some ads that are deemed less obtrusive and annoying will occasionally appear.

So AdBlock Plus’s software is free, but there is an opportunity to donate to this open source software project, after downloading.  I use Chrome to surf the web, so I installed AdBlock for Chrome, and a little, red button at the top of my browser appeared that will tell me how many ads were blocked on the website that I’m on.
USEFUL LINKS
AdBlock Plus
Adblock Explained as Fast as Possible
Man and husky argue over stolen potato skin
Shares

Find What You Need

I've taught general music since 2009 and now focus on early childhood music. Check out my blog and Instagram for ideas you can use right away!

We use cookies on our website to give you the most relevant experience by remembering your preferences and repeat visits. By clicking “Accept All”, you consent to the use of ALL the cookies. However, you may visit "Cookie Settings" to provide a controlled consent. View terms here.
Cookie SettingsAccept All
Manage consent

This website uses cookies to improve your experience while you navigate through the website. Out of these, the cookies that are categorized as necessary are stored on your browser as they are essential for the working of basic functionalities of the website. We also use third-party cookies that help us analyze and understand how you use this website. These cookies will be stored in your browser only with your consent. You also have the option to opt-out of these cookies. But opting out of some of these cookies may affect your browsing experience.
Necessary Always Enabled
Necessary cookies are absolutely essential for the website to function properly. These cookies ensure basic functionalities and security features of the website, anonymously.
Functional
Functional cookies help to perform certain functionalities like sharing the content of the website on social media platforms, collect feedbacks, and other third-party features.
Performance
Performance cookies are used to understand and analyze the key performance indexes of the website which helps in delivering a better user experience for the visitors.
Analytics
Analytical cookies are used to understand how visitors interact with the website. These cookies help provide information on metrics the number of visitors, bounce rate, traffic source, etc.
Advertisement
Advertisement cookies are used to provide visitors with relevant ads and marketing campaigns. These cookies track visitors across websites and collect information to provide customized ads.
Others
Other uncategorized cookies are those that are being analyzed and have not been classified into a category as yet.
SAVE & ACCEPT